The Best Languages to Learn

for the Next 50 Years

Times are a-changin’. As the world shifts, we’ll see different languages take on importance. It’s exciting to think about what are the best languages to learn for future careers and travel. At the same time, global trends such as internet usage may also influence your personal interests for language-learning.

While it’s hard to predict exactly what languages will gain prominence, we’ve done our best to look into the future and select the top ten best languages to learn.

Explaining the criteria behind the best languages to learn

The aim of this list of best languages to learn is to help you consider languages that could be essential for your future career and travels, as well as how world trends may shake out. In creating this list, we’ve focused on four key categories:

Of course, your own personal ranking of best languages to learn may include other categories, or factor in other interests.

Our lament for dying languages

Every two weeks a language dies with its last speaker. In fact, Ethnologue has identified 2,926 languages that are endangered today, which accounts for 41% of living languages. Some predict that up to 90% of languages will disappear by 2100.

Here at Verbalicity, we love languages and we’re hopeful that efforts like Wikitongues will help to revitalize these languages. Without them, our world will lose amazing diversity!

Our goal with this article is to help you decide which language may be useful to your career and travels. “Useful” is of course a relative term. You should feel free to learn whatever language interests you most.

Spoiler: you don’t have to choose one! Perhaps you’d like to learn Mandarin to help you in your career and an endangered language out of personal interest. As language lovers, we’re fully supportive of your language-learning choices!

Note on what the best languages to learn mean to you

As you read our list of best languages to learn, you decide which are best for you! You can think about what may be useful to your future career, travels or other areas of personal interest. Our hope is that you’ll discover some languages that weren’t previously on your radar. Good luck!

Mandarin aces all areas of potential language growth. China’s booming status as the #1 economy in the world gives Mandarin an edge, as future businessmen may need it to woo their Chinese partners. To give you an idea, experts predict that China and India will hold 50% of the world’s GDP by 2050. Wow!

Besides advantageous economic trends, Mandarin benefits from an already large population of native speakers, high internet usage and China’s privileged status as the #4 international tourist destination in the world.

Though some might argue that China is still fairly isolated today, Mandarin is our top choice for best languages to learn because it will be useful when China comes to the forefront.

English is often cited as the “language of globalization,” though some scholars believe it may have reached its peak. In any case, the economic dominance and colonial history of English-speaking countries like the U.S. and the U.K. have made a mark across the world.

English has some strong advantages to become one of the best languages to learn. It has the largest non-native speaker population in the world and huge diplomatic usage as an official language in 50+ countries. Likewise, English is dominant online as the language with the highest internet usage. The U.S. is also the #3 international tourist destination.

However, while the U.S. has a bustling economy, the trend is turning downward. Experts predict it will soon be the #3 economy in the world with nearly 50% less GDP than China by 2050. This could significantly impact business relationships and the focus on teaching English worldwide. Instead, countries may opt for Mandarin as a greater opportunity for the future. 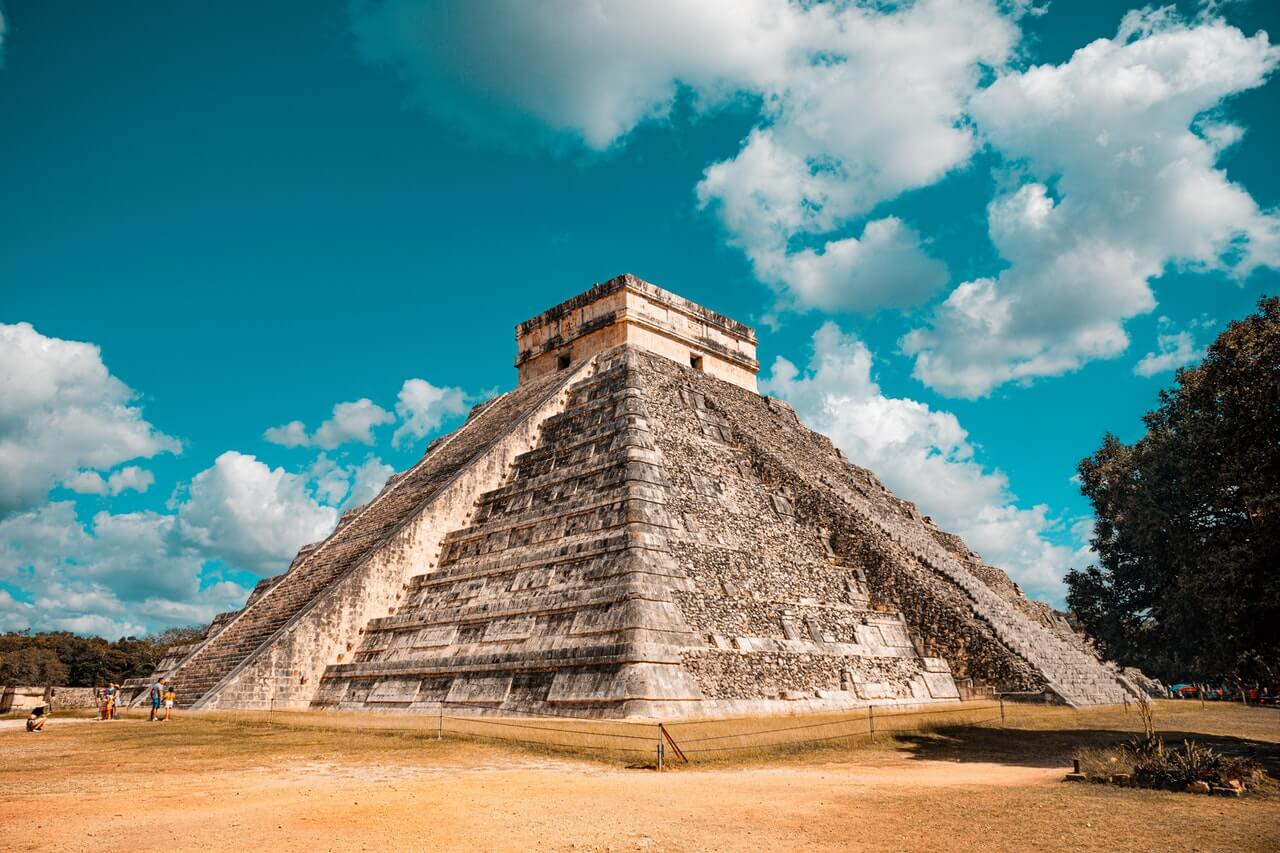 Spanish is another tried-and-true language that’s steadily growing across the 21 Spanish-speaking countries across three continents. It’s already the #2 most populous language after Mandarin and growing. It’s one of the best languages to learn because of its booming population, which includes the U.S. too. In fact, estimates suggest that the U.S. will have the most Spanish speakers in the world by 2050.

Spanish holds the #3 spot for the world’s internet usage and boasts of an enormous amount of tourism. Just counting the two biggest Spanish-speaking destinations, Spain and Mexico easily exceed a billion tourists annually. And that’s not even counting the other 19 countries that are some of the most coveted destinations in the world!

At the same time, Latin American economies are emerging to grow and should steadily improve in the next decades. In particular, Mexico is predicted to spike in the GDP rankings.

In addition, if you’re an English native speaker, Spanish is considered the easiest language to learn! 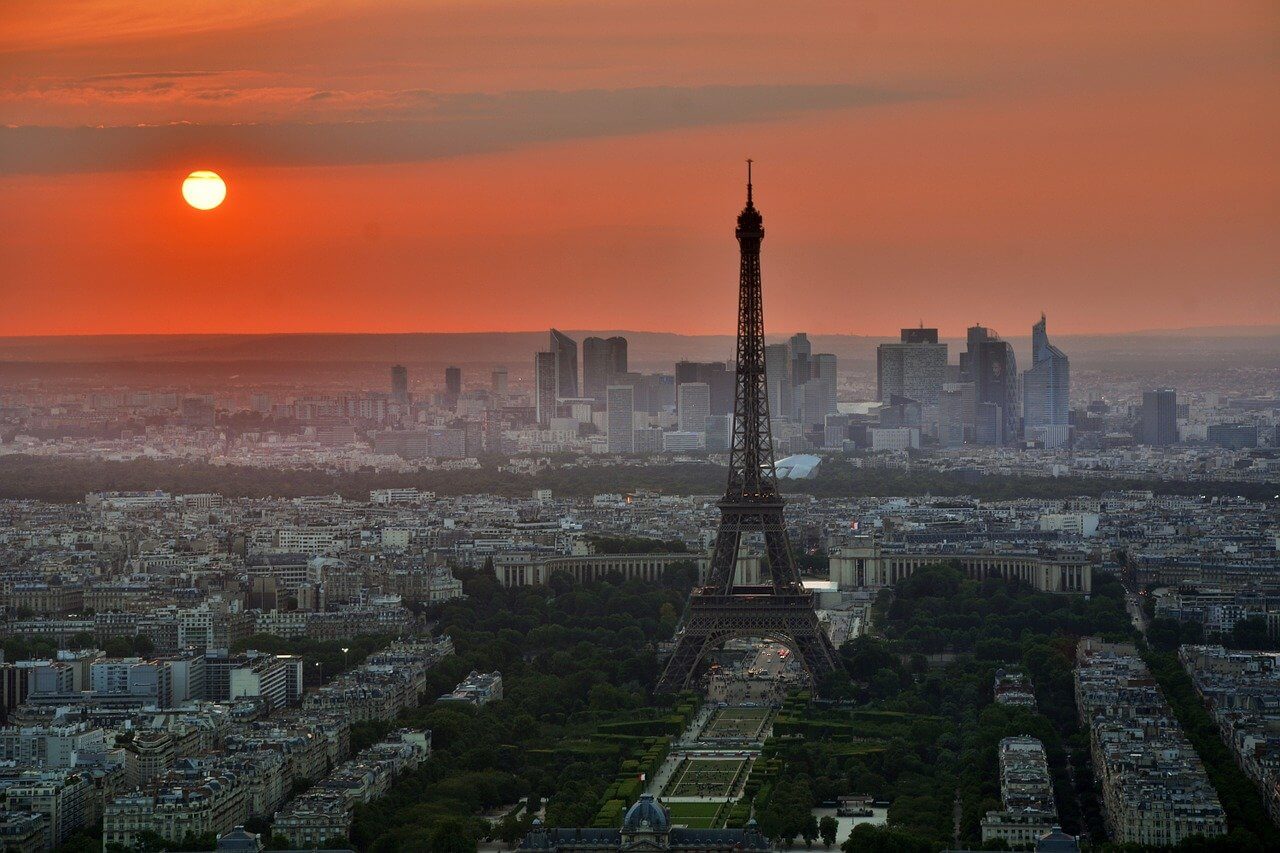 Some scholars actually believe French will be the #1 language of the future, while others consider this prediction overblown. Perhaps the most powerful argument for French is its extensive speaker coverage in 21+ countries, touching almost every continent, and the potential for a booming French-speaking population especially from African nations. Estimates run as high as 650 million native French speakers by 2050.

Meanwhile, France has a strong economy and good cultural influence, and is the #1 tourist destination in the world. Together these factors suggest that French will have sticking power in the future and will be one of the best languages to learn. 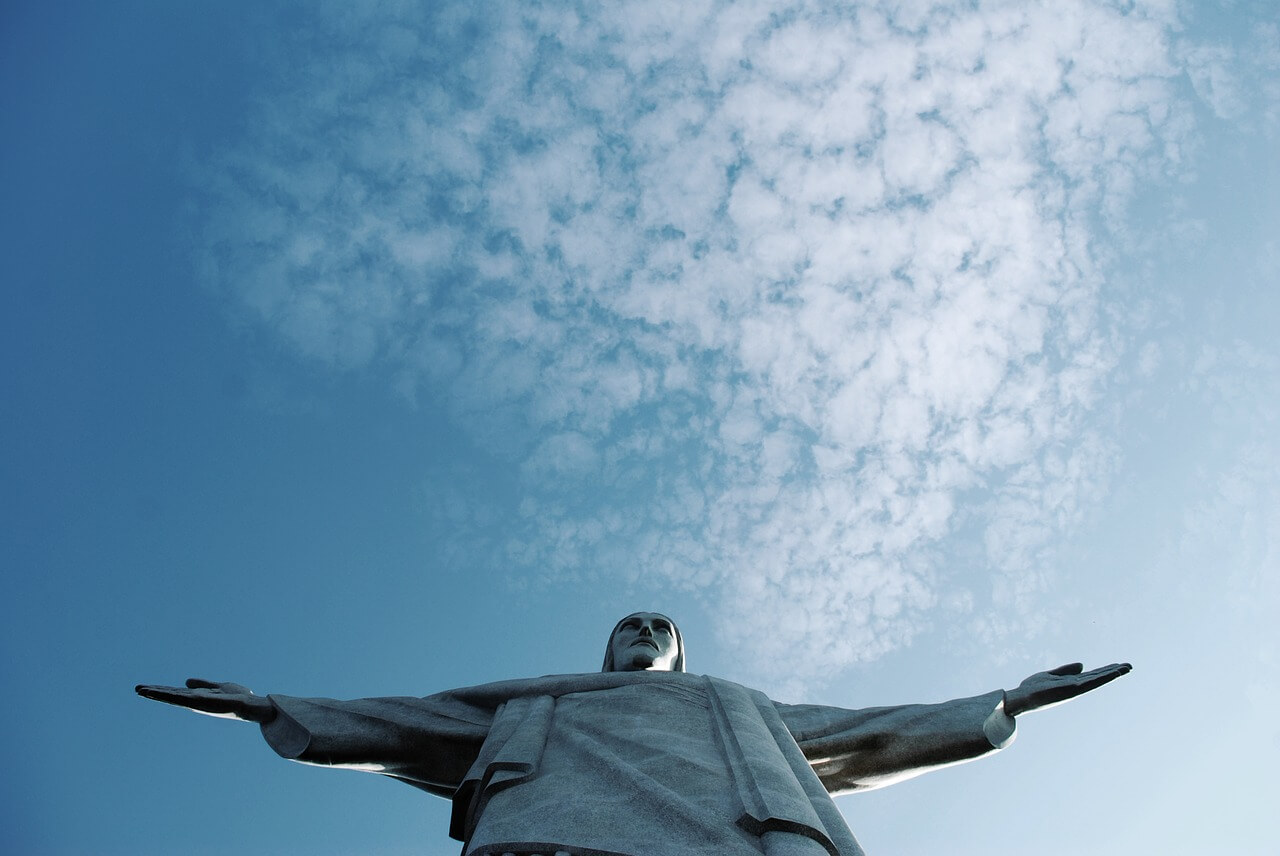 Portuguese is a rapidly growing language and one of the best languages to learn. First, the population of Portuguese speakers in BRICS countries is growing rapidly, which means there will be more native speakers. Not to mention that Brazil’s economy is a powerhouse within the top 5 in the world and emerging Portuguese-speaking economies in Africa are also steadily growing.

At the same time, Portuguese shows good internet usage and tourism as well. It’s a solid choice that’s sure to be useful in the next decades. 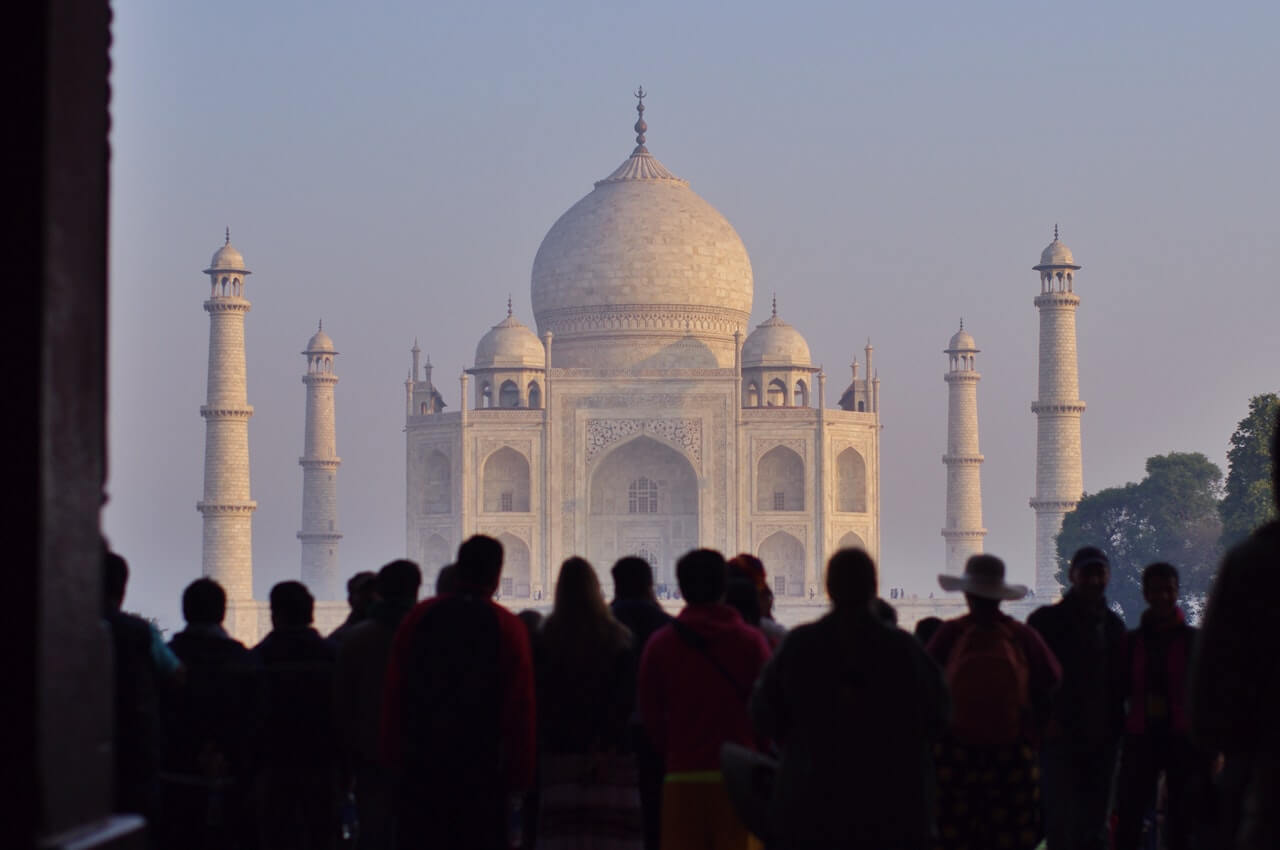 India is wonderfully diverse linguistically, with 23 official languages. The most spoken language is Hindi with 341 million native speakers, plus another 274 million who speak it as a second or third language.

While English is used in government and business, only 12% of the Indian population can speak it. This makes Hindi an appealing choice of language for those interested in traveling to or doing business in India.

At the same time, Hindi and Urdu are often grouped together because they are variants of the same language that use different scripts (Devanagari and Persian, respectively). They are mutually understandable. Urdu isn’t just common in India, however. It’s also an official language of Pakistan.

Hindi-Urdu is one of the best languages to learn because of India’s booming economy, set to become #2 in the world ahead of the U.S. It also has some cultural influence and tourist interest. 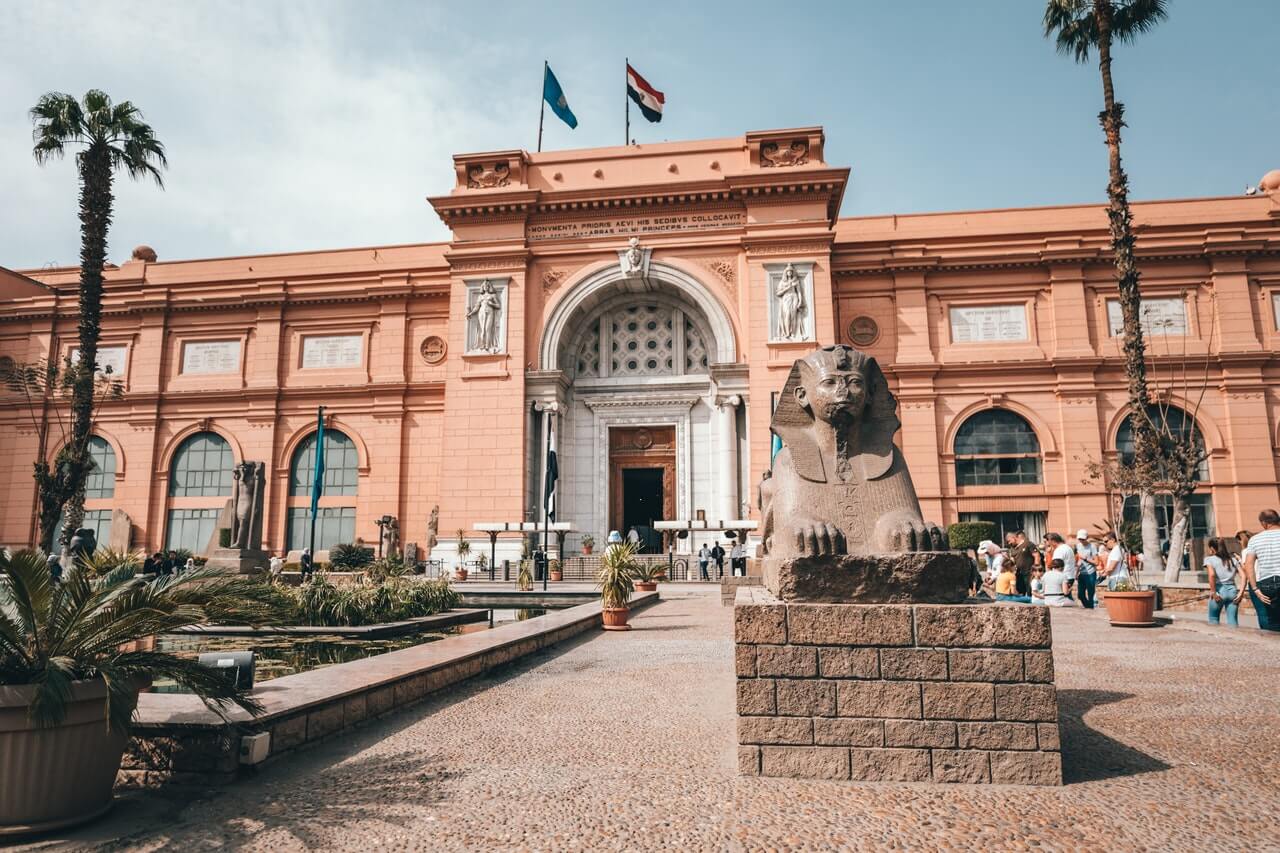 Arabic is one of those overlooked languages that has huge potential to grow. This is based both on its large native speaker population and its booming population growth. But there’s more to Arabic than just the vast numbers of speakers.

Arabic is one of the best languages to learn because it has a solid footing in business, internet usage and tourism in Arab states. All three of these areas are trending upwards, especially regarding cultural influence as it’s the fastest-growing sector of internet users worldwide. 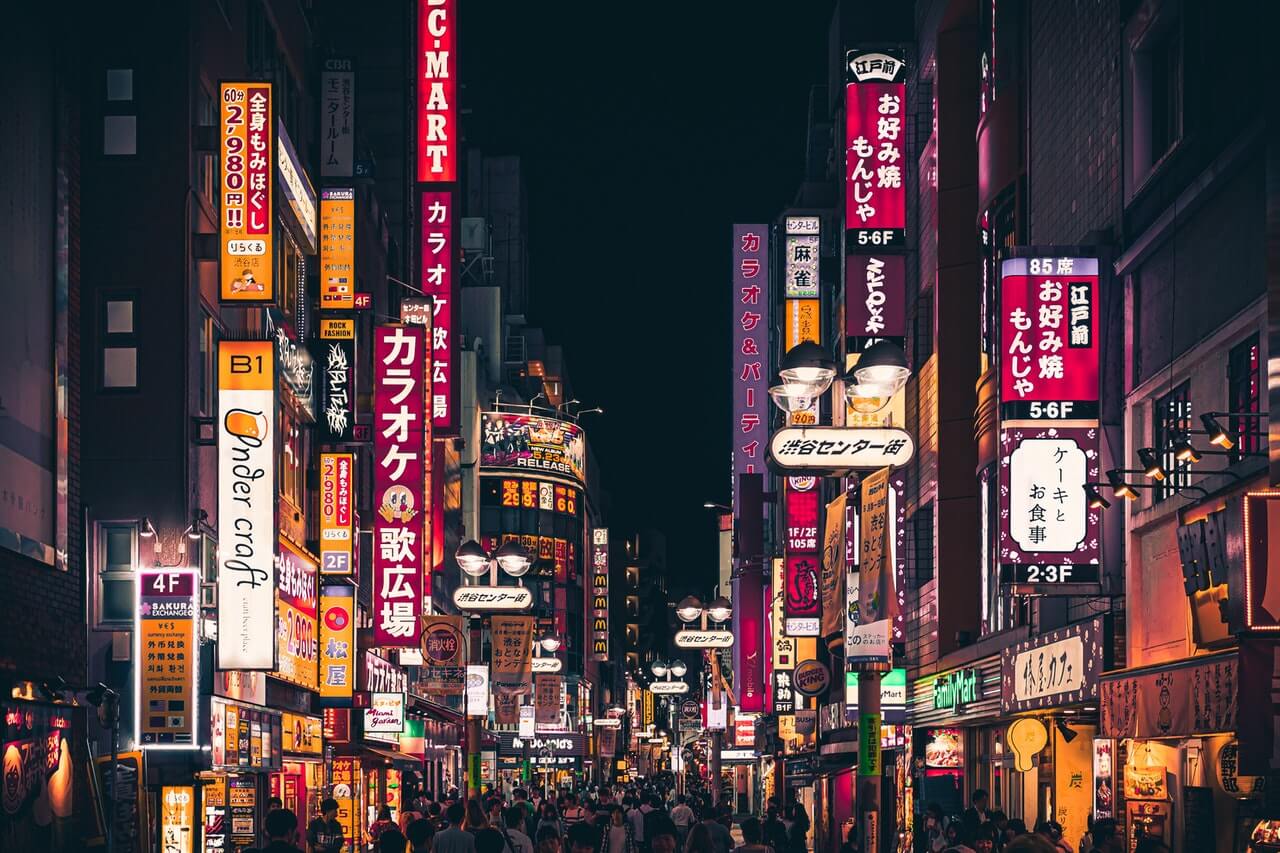 Japanese may not be high on your radar, but in reality it’s also one of the best languages to learn. First, Japan’s economy is a giant and is predicted to maintain this status through 2050. It also has great cultural influence, as Japanese cuisine and media – especially anime – have become worldwide trends.

Japanese doesn’t have the highest number of native speakers or tourists, but it’s a strong and steady group that also has large pockets in the U.S. and Brazil. Though its population is in decline, Japanese is sure to stay relevant as its tech-driven economy becomes even more essential in the modern future. 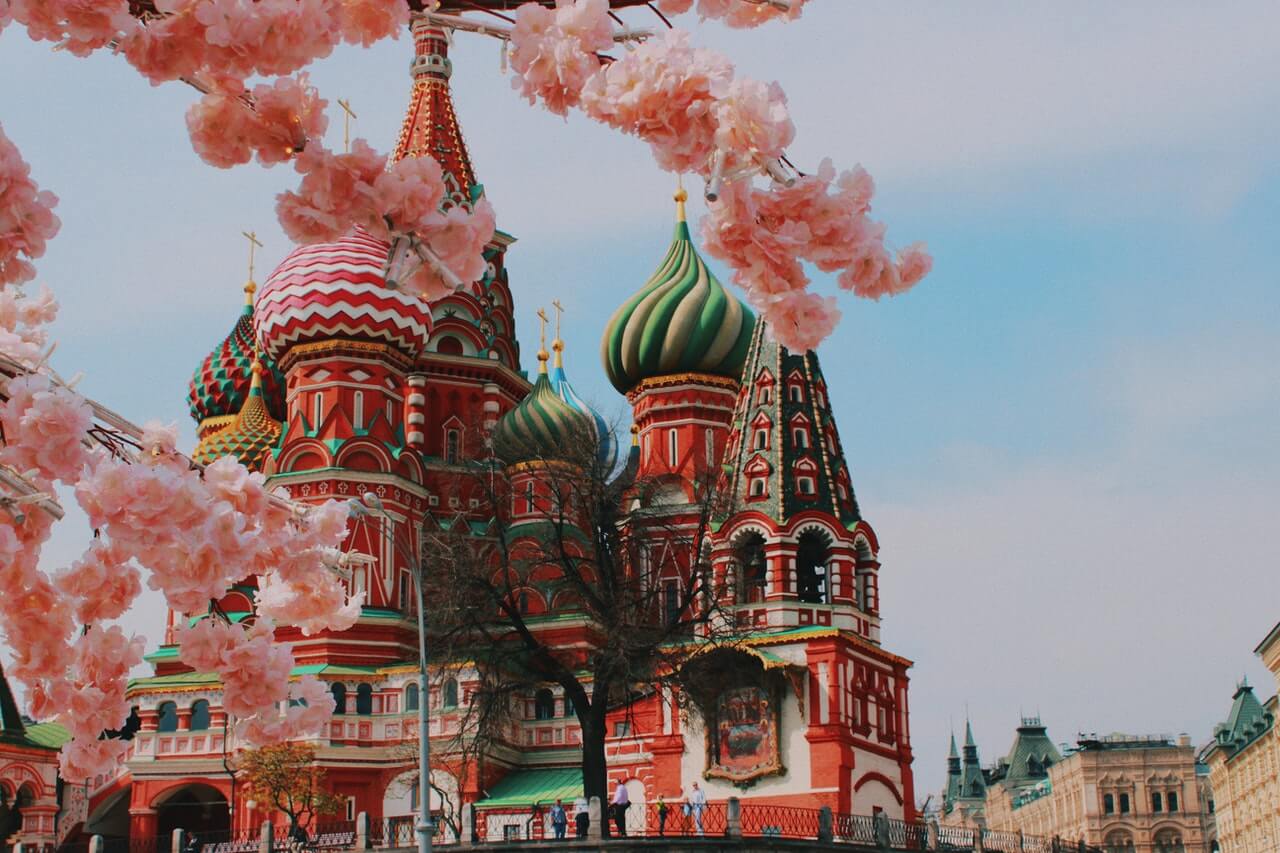 Russian is one of the best languages to learn because of it’s widely spoken across Eurasia and is the #2 internet language today. With so much website content in Russian, it’s surely transitioning to a modern future.

Likewise, Russian has a strong economy and is predicted to maintain this status into 2050. While travel isn’t that common to Russian alone, many former Soviet countries still speak Russian as a second language. It can be a trusty language to travel in Eastern Europe and useful for desirable travel destinations in the region. 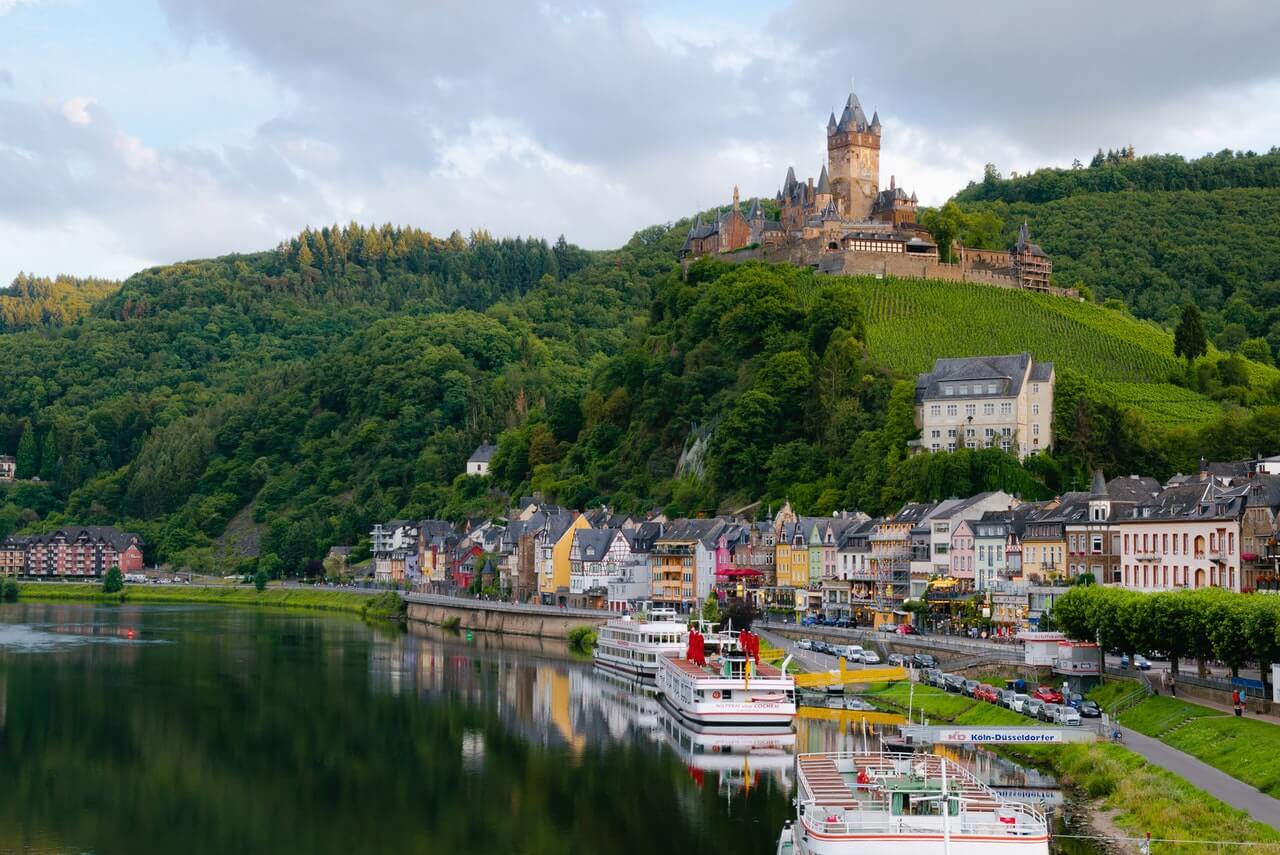 Last but not least, German rounds out our list of the best languages to learn. Though it doesn’t have the same high number of native speakers of others on this list, Germany has significant economic and cultural influence.

As Europe’s largest economy, Germany is set to stay on the business stage. It also has high internet and university usage, as well as a good number of tourists annually. Together, this makes German a great language for business or travel. In fact, a study shows that the ability to speak German could come with a wage increase of about 4%. Nice!

Choose the best languages to learn for you 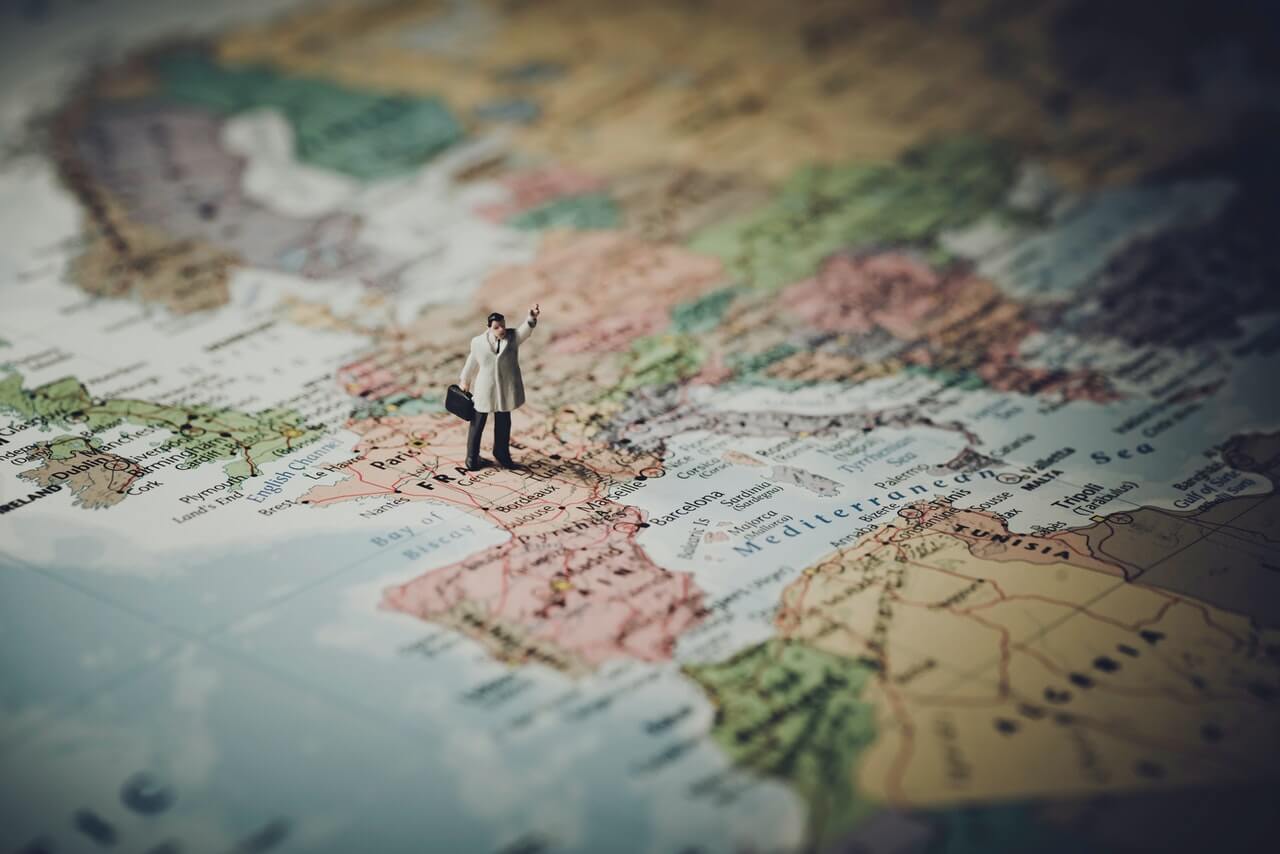 Selecting the best languages to learn can be challenging. Your language goals will be unique to you, whether to boost your career, speak with locals when you travel, or interact with native speakers online. You might even want to learn a language that’s easiest for you, or take on the challenge of one of the hardest languages.

Whatever your motivations, you’ll want to choose the one that interests you most. Once you’ve chosen the best language for you, it’s time to start learning! You can kick-start the process by:

No matter what language you choose – for your career, travels or personal interests – it’s sure to change your life for the better. 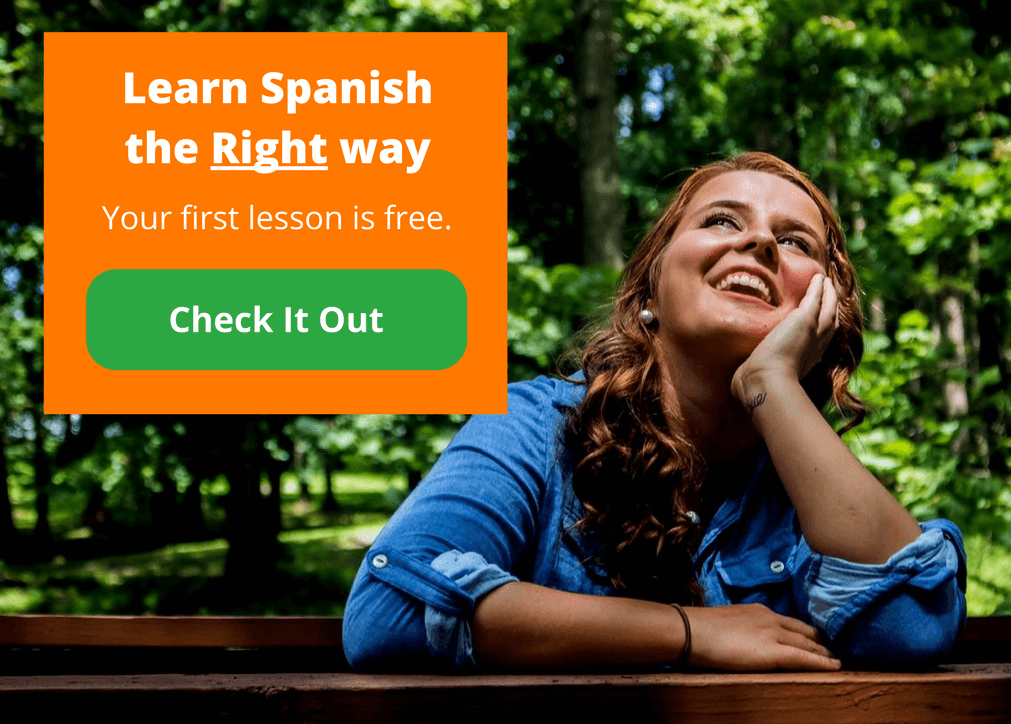